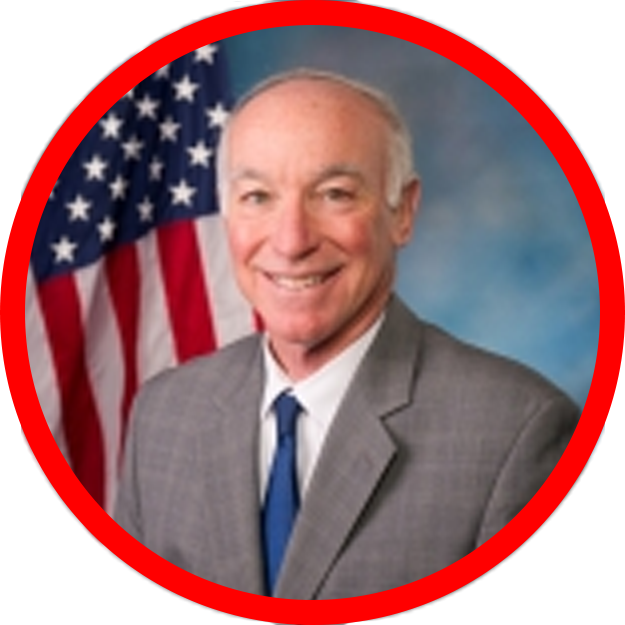 Congressman Joe Courtney was elected in 2006 to represent the Second Congressional District of Connecticut in the House of Representatives. He serves on the House Armed Services Committee, and House Education and Labor Committee.

Congressman Courtney is the Chairman of the House Armed Services Subcommittee on Seapower and Projection Forces. According to a review by House Historians Office, Courtney is the first known member from Connecticut to lead a naval oversight panel in the House of Representatives since 1873, when Stephen W. Kellogg of Waterbury served as Chair of the Committee on Expenditures in the Navy Department in the 42nd Congress (1871-1873). Prior to that, Samuel Ingham, a two-term Congressman with connections to Hebron, Jewett City (Griswold) and Essex, served as chair of the Committee on Navy Affairs in the 25th Congress (1837-1839).

In addition, he co-chairs the bipartisan Congressional Shipbuilding Caucus along with Rep. Rob Wittman of Virginia. As a member of the House Education and Labor Committee, he serves on the Health, Employment, Labor and Pensions subcommittee, as well as the Higher Education and Workforce Training subcommittee.

As a senior member of the Armed Services Committee, Congressman Courtney has worked to strengthen our nation's defense by leading the call for increased submarine production. When Courtney arrived in Congress, Electric Boat was facing significant workforce reductions, and, for the first time in 50 years, was not actively designing the next generation of submarine. Because of funding secured by Courtney through his committee work, the men and women of Electric Boat have been building two submarines per year since 2011. In addition, Courtney has secured critical resources for new design and engineering work on the replacement for the OHIO-class submarine, which has added thousands of jobs in southeastern Connecticut. This design and engineering work prompted Electric Boat to expand into the former Pfizer building in New London to accommodate its growing workforce.

Additionally, Congressman Courtney secured over $100 million federal funding outside the President's budget for SUBASE New London. This investment will ensure that New England's largest military installation will have an enduring mission for years to come. In recognition of his work, Courtney was awarded “The Distinguished Public Service Award” from Navy Secretary Ray Mabus, the highest civilian honor the Navy confers.

Since his swearing-in, Congressman Courtney has distinguished himself as a tireless advocate for both our nation's veterans and our men and women in uniform. He successfully fought to expand the Montgomery GI Bill for post-9/11 veterans and their families, and led the fight to extend TRICARE benefits to dependents under age 26. Congressman Courtney also fought and won support for an 18-unit supportive housing facility for homeless and at-risk veterans in Jewett City. He also partnered with Senator John McCain to introduce the Post-9/11 Troops to Teachers Enhancement Act to help members of the military transition into the teaching profession. In recognition of his efforts on behalf of veterans, Congressman Courtney has been awarded the Connecticut National Guard's highest honor, the Meritorious Service Award. He has also earned recognition from veterans organizations, including the American Legion and Veterans of Foreign Wars, which named him Legislator of the Year in 2009.

Having served as a member of the House Agriculture Committee, Congressman Courtney is a vocal proponent for nearly 2,500 farmers across eastern Connecticut. Courtney is the founding co-chairman of the Congressional Dairy Farmers Caucus, and has worked tirelessly to protect family farms from foreclosure and fix the flawed milk pricing system.

Dedicated to preserving our green space and protecting the environment, Courtney introduced and won passage of a law that designated the Eightmile River in Connecticut as a part of the National Wild and Scenic Rivers System. Thanks to his efforts, this pristine and scenic watershed will be preserved for generations to come.

Before serving in the House of Representatives, Joe Courtney represented the citizens of Vernon in the Connecticut General Assembly from 1987 to 1994. During this tenure, then state-Rep. Courtney served as House Chairman for both the Public Health and Human Services Committees.

Courtney was recognized in a legislative poll in 1994 by Connecticut Magazine for his bipartisan efforts, and named the "Most Conscientious" and the "Democrat Most Admired by Republicans." Since he came to Congress, Courtney has received numerous awards from several national organizations including the National Patient Advocate Foundation's 2010 Healthcare Hero award, The International Brotherhood of Boilermakers' Legislator of the Year Award, and the American Farm Bureau's Friend of the Farm Bureau award.

Congressman Courtney is a 1975 graduate of Tufts University in Boston. He earned a law degree from the University of Connecticut School of Law in 1978. He lives in Vernon with his wife, Audrey Courtney, and their two children, Robert and Elizabeth.