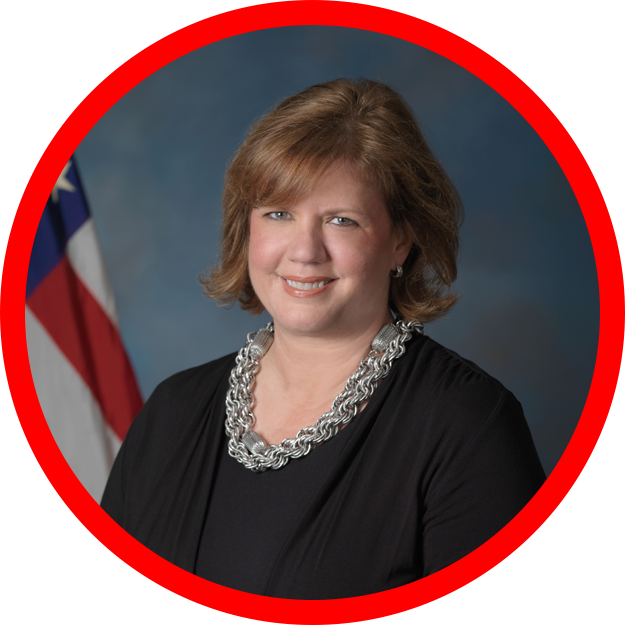 Melanie Saunders has been acting as NASA’s deputy associate administrator since June 2018.  In this position, she assists the NASA administrator and senior managers in implementing all aspects of the agency’s functions, policy, and integration of programs.  She chairs the NASA Mission Support Council (MSC), which serves as the Agency’s senior decision-making body regarding the integrated Agency mission support portfolio.

Saunders had been the acting deputy director of NASA’s Johnson Space Center in Houston, since February 2018 and the associate director since 2009, managing one of NASA’s largest installations, with nearly 11,000 civil service and contractor employees – including those at White Sands Test Facility in Las Cruces, New Mexico – and an annual budget of approximately $5 billion.  She oversaw a broad range of human spaceflight activities.

Saunders has received the Meritorious Presidential Rank Award, two NASA Outstanding Leadership Medals, NASA Exceptional Service Medal, a Silver Snoopy, and numerous other individual and group achievement awards.  She holds a bachelor’s degree in History from the University of California, Santa Barbara and a Juris Doctorate from the University of California, Davis.  She is a member of the California and Florida Bars (inactive status).

Saunders and her husband, Chris, have teenage triplets.