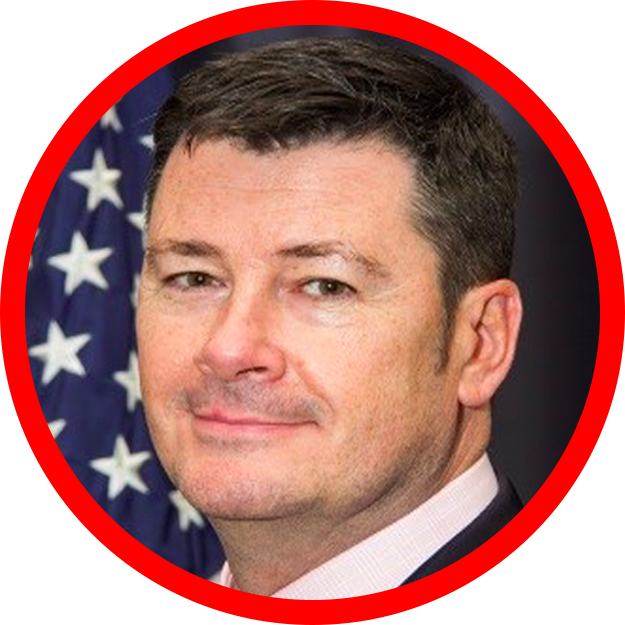 Paul (PJ) Menner has been a Commercial Specialist for the defense, aerospace, marine and transportation sectors at the U.S. Embassy, London since July 2013.  He graduated from Miami University, Ohio in 1988 with a BA in Political Science.  After graduation, he was commissioned an Ensign in the U.S. Navy and qualified as a naval aviator.  He spent 10 years on active duty as a helicopter pilot, during which time he participated in Operation Desert Storm and numerous counter-drug operations.  He served as a Detachment Officer-in-Charge and qualified as a Combat Information Center Watch Officer.  He flew over 2,000 hours and was a maintenance test pilot, standardization pilot and flight instructor.

After leaving active service in 1998, PJ Menner continued to serve in the U.S. Navy Reserve and qualified as a commercial airline pilot, accruing in excess of 4,000 flying hours on numerous different types of multi-engine passenger aircraft for Continental Express Airlines, Skywest Airlines and United Airlines.

While serving in the U.S. Navy Reserve between 2002 and 2003, PJ Menner was the Joint Operations Center Executive Officer at the U.S. European Command.  In 2005 he served as the U.S. Naval Forces Europe director of the Navy Maritime Partnership Program.  In 2008 he served as the Assistant Naval Programs Officer in the Office of Defense Cooperation, London.  In September 2008 he also deployed with the U.S. European Command to Tbilisi, Georgia and served as the Plans and Policy Officer to assess the readiness and capability of the Georgian armed forces.

Between October 2009 and June 2013 PJ Menner worked for the Defense Contract Management Agency, Northern Europe, as a management and program analyst.  PJ Menner’s numerous awards and honors include three Joint Service Commendation Medals, the Naval Commendation Medal, and three Naval Achievement Medals.  PJ Menner retired from the U.S. Navy as a Commander in 2014, he is a Fellow of the Royal Aeronautical Society and he lives in London with his wife and son.